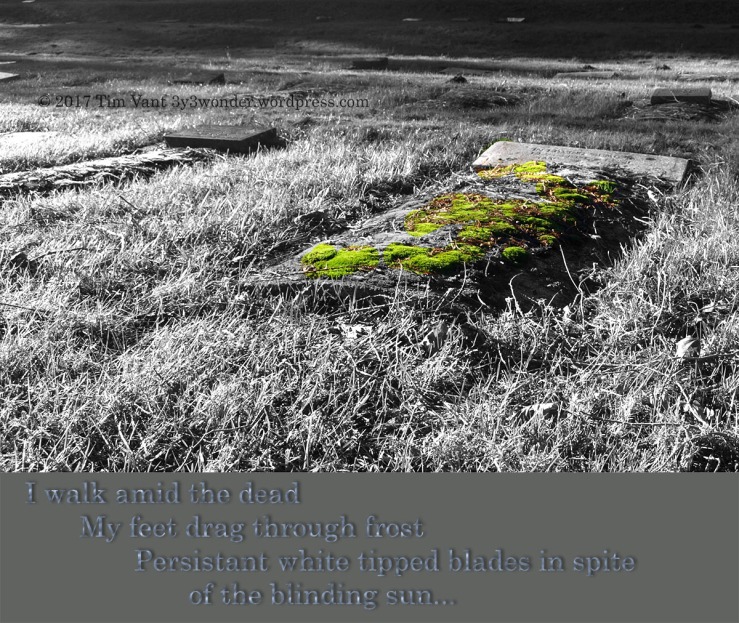 I walk amid the dead,

My feet drag through frost

Persistent white tipped blades in spite of the blinding sun

As I slip between the trees, flocks of crows burst into the sky

Screeching and calling to one another they wheel through the air.

As their cacophony fades,

Voices whisper to me

Laid to rest before my birth

What could they possibly want?

Old names calling out to me

Names entrenched in this land two centuries at least

I feel more at ease here than out in the world

As my breath makes steam in the bright frigid air;

Proof that I am more quick than dead

Proof of my fundamental difference from my decomposing companions.

What is this morbid fascination?

To tread between the stones

The peace in this place is complete

I should want to leave but I don’t

Sitting in the winter sun beneath a corpse fed tree

I wonder if ever I should rise.

The writings and images here are ©2017 unless otherwise stated if you are interested in posting or printing this content elsewhere please fill out the contact form.  Please feel free to leave a comment if you are inclined.  Thank you for stopping by and check out a few other posts if you like.