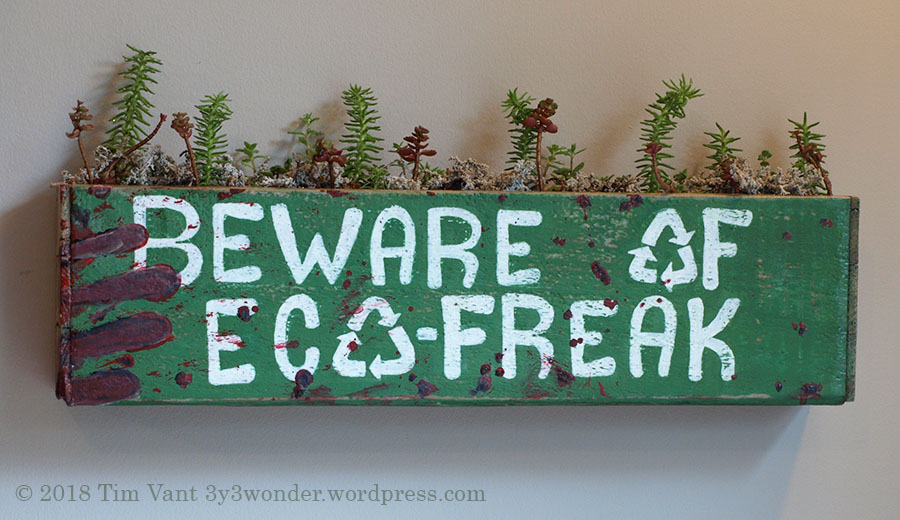 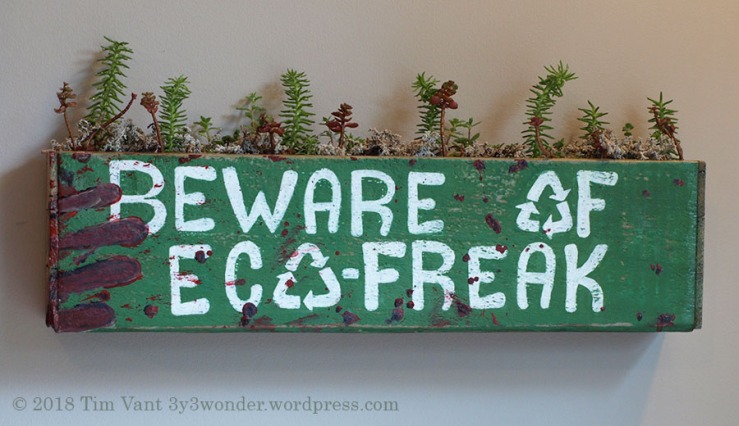 This is part of a piece of mine that was displayed at the Rock Family Gallery in the fall of 2017.  The gallery is a great little space inside a restored home in Mission City.  This exhibiting space is being maintained by the Mission Arts Council and their amazing volunteers.  This attraction boasts a full schedule of events and there is usually something interesting to see, so if you’re in the area take a moment to stop in and see some Art.

2 thoughts on “Beware of Eco-freak”